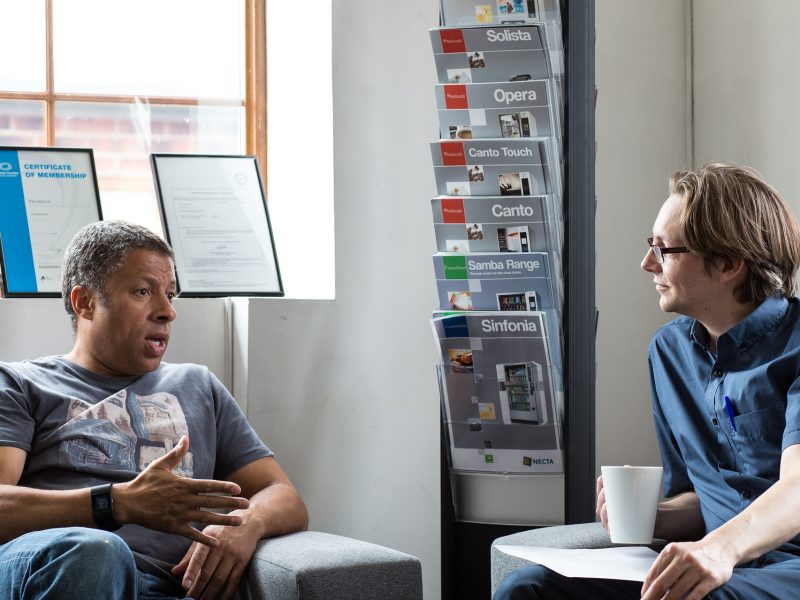 In a coach training class, one student reported that he’d coached someone on his team a few days ago. Partway through the coaching conversation, he as the coach had this huge “a-ha” moment. “I knew what she had to do,” he said, “And I was frustrated that she hadn’t gotten it yet. Everything inside me wanted to say, ‘Do this!’”

He resisted, by remembering what we’d talked about in coach training – we want the client to have the “a-ha”. And about three days later, that’s exactly what happened. “She came back in and said, ‘I got it! I don’t know why I didn’t think of this sooner.’” The coach continued, by saying, “I’m so glad I didn’t tell her. It would have robbed her of the opportunity to have the ‘a-ha’ herself.”

There are two guiding principles of coaching at work here. One is noticing without naming. If at all possible you want the client to name it – the solution, the insight, the next steps – to claim it. It is the person who makes the discovery that owns the discovery.

Our job as a coach is to help our clients see, not to see for them. Let me offer an example. If I am coaching someone that is very animated and excited who suddenly becomes sullen or quiet – something has just happened. Instead of the coach naming it – which is often inaccurate – the coach can instead ask the client what just happened.

The real coaching happens after the coaching

This is the second principle highlighted in this situation. We get so caught up in the idea that everything’s got to happen in the 30-40 minutes we’re with our client. Of course, it’s nice when it does, but often the really important stuff happens afterward, as it did with my student’s client.

It’s after they leave you when the client lives into the insights and decisions of the session. This is when the valuable “a-ha’s” and “hmms” are translated into action, behavior, and implementation.

So as coaches to our clients and also in our own personal work, we benefit from not forcing things, but letting them happen. That might mean taking time, creating space, and allowing things to percolate. Not according to our own timeline, but how and when things are meant to unfold.

Managing the Four Relationships in Internal Coaching
Next Post: How to Be a Good Spotter