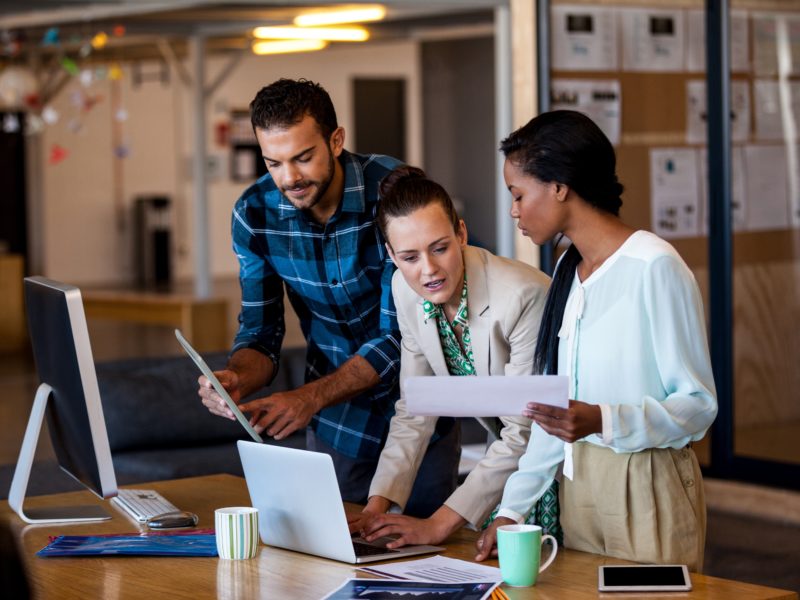 I recently worked with a team in a new setting, and I was pleasantly surprised at how effective – once again – coaching skills were in moving the team forward.

When you’re really listening, and being present with someone, you’re open to a new perspective, rather than being stuck relying on your own assumptions.

Without this type of listening, bullying can creep into the team dynamic. Individuals end up being only aware of their own agenda, versus working as a team and advocating with and for each other. When team members are listening and being accountable to each other, they can drill down to what’s really going on. They can address whatever is getting in the way of success or keeping them stuck.

Equipping a team with coaching skills can have such a positive impact on their work together. It gives them a shared set of skills moving forward. Everyone on a team may want to excel at what they do and see the team follow through successfully on its dreams and goals. But no one person can make any of that happen alone; it takes a team. And an effective team needs its members to listen.

Whether it’s in faith-based communities, educational institutions, retirees, government agencies, non-profits, corporate settings, or more, there are people everywhere who want to learn coaching and who want to bring out the best in people.

So here’s an invitation: Who around you, who you may not have thought about, might be eager to learn about and implement coaching? What are some other settings that are still untapped?

Living in the Mess
Next Post: The Problem with Fixing Conflict