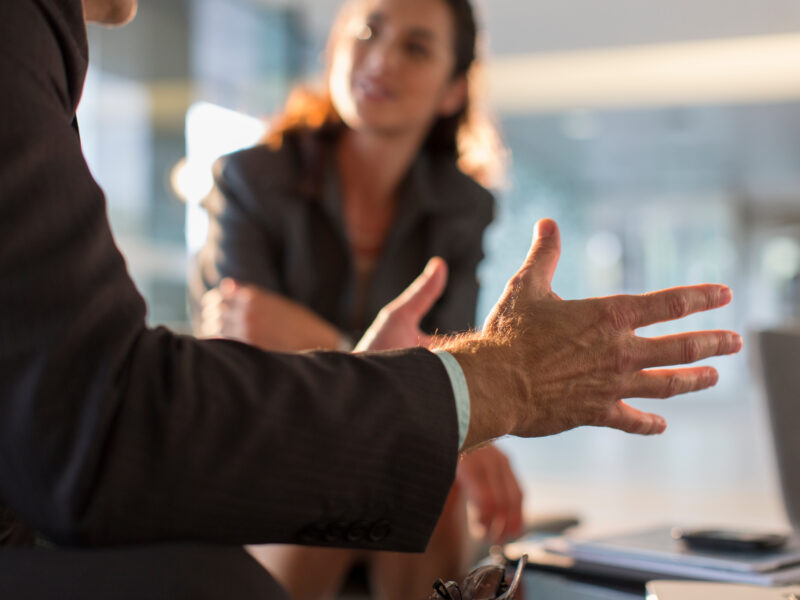 Often when we go to a professional like the doctor, we can see them quickly shift into diagnosing, prescribing, and drawing conclusions. The patient has barely started talking, and the professional is off to the races telling us what they think.

Many coaches start out the same way, thinking we should be doing 80% of the talking. Yet in coaching, we know it’s a complete flip of that. We want the client to do most of the talking.

The coaching habit to break, then, is the need to talk, to fill the space. This need comes back to the fact that many of us aren’t comfortable with silence. And yet, if we let there be some space, the client will usually fill it up.

When you’re on well water—like we are at our place—you’re supposed to run the cold water tap for a few minutes each morning, or when your system has not been used for a while. Otherwise, dirt and sediment settle.

Running the water clears out the debris and gets to the good stuff. That’s what we’re doing for our clients when we break the habit of filling the space. We’re opening the tap and letting the client talk, until we can get to the good stuff.

If we can just hold back and let the client finish talking, they will usually tell us the whole story. Our clients aren’t comfortable with silence, either, so it spurs them on to say what they’ve hesitated to say. And it may be the first time they’ve had that space, or been able to voice it.

A coaching student used the image of a snow globe and allowing the snow to settle. Most people are going in so many directions, and fast. They don’t have time to think or talk things through. We’re no different, as coaches.

A lot of students struggle to hold themselves back. They can’t stay quiet; they’re ready to jump in right away. They wonder, “If I don’t jump in and start talking, then why are they paying me?” But when they get over that, they realize their client has given them some good information.

One of the guiding principles of coaching is to let silence do the heavy lifting. We’re taught from a young age how to talk. We’re not taught how to be silent or still. This is an example of why we say learning to coach is really an UN-learning process.

We need to get comfortable letting the other person speak. We’re paying attention, yes, although we’re not trying to remember every single thing. Rather, we want to hear what’s rising to the surface, waiting for a sense of, “Yes, that’s it!”

Some clients talk so much about their situation, I could never remember everything they said. I just need to be aware when the client comes to their own conclusion. It’s almost like I’m actively NOT listening, just letting them talk. Some coaches might disagree, but I just don’t think that everything that’s being said is equally important.

We don’t need the whole story in order for the client to get the aha. We need to attend and be listening for when the client seems to be having a breakthrough.

Coaches do both active listening and active non-listening. By actively not listening, we’re creating space—allowing space—not trying to control the space or the conversation. We’re there, but we’re not doing the work.

Watching the Clock
Next Post: Expecting Aha Every Time