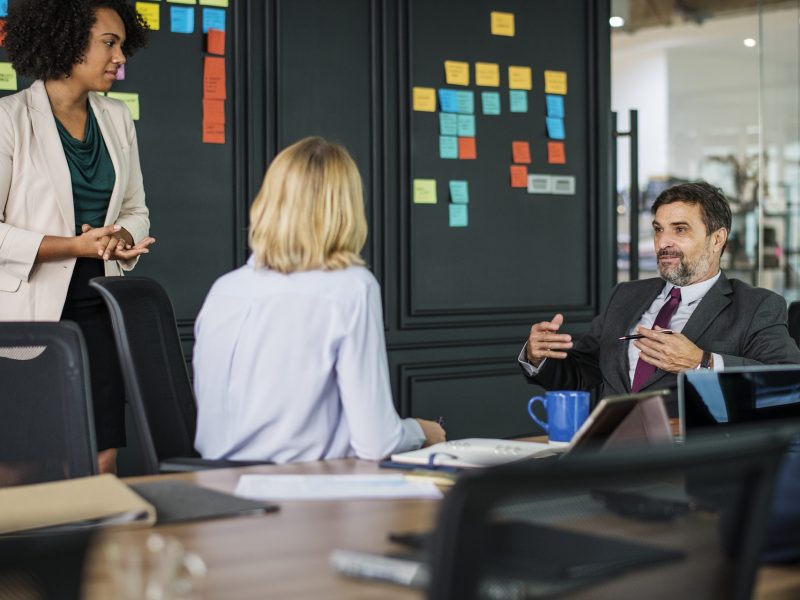 One of the key principles I aim to get across to new coaches is to coach the person, not the problem. This is a good reminder for even seasoned coaches to not try to solve the problems our clients bring to their session.

As we discussed in a previous post, “the problem with this method is that if we’ve solved their problem, we haven’t empowered the person. They’re going to need us again. If we develop the person, then we often find the problem either goes away and there’s no problem, or it quickly gets resolved.”

This came up in a training in New York City last fall, where I was seeing some new coaches getting stuck in this common dynamic. Since coaching is more “caught” than taught, I demonstrated this concept by coaching one of the students.

Instead of spending time trying to solve problems, they saw me asking the person questions that helped shift their perspective, and get to what’s worked in the past. The group could see even in my presence that I was focusing on the person and not the problem.

I was listening intently and observing the person carefully. I wasn’t looking away or off to the side while trying to come up with something to say, or remember what a book or leadership guru had said. This gave me additional insights and clues from the client’s body language and non-verbal communication, along with their words.

This intense observation helps me decide which questions might move the person forward. For example, my demonstration client said she was feeling stuck. I asked about other times she’d felt this way, and who or what helped her at those times. Another favorite question of mine is, “So what can you tell me about you?”

I’m not offering a set of prescribed techniques or strategies, but helping clients tap into their own experience. This client, for example, explained that walking around helps her be more creative and open when she’s stuck. That gave me great information to follow up on.

Another client I coached was the leader of an organization that was facing a big decision about which direction to take. He was also in the process of exiting this organization, which was his choice, and he wanted to fix everything before he left.

I asked him to talk to me about what it was like when he’d ended other things. He said he likes to end with everything put together, neat and perfect, no loose ends. What he discovered was that his need to have everything nice and neat and in order was driving his action. It was not so much about what the organization needed, but what he wanted.

By coaching the person and not the problem we could get at these drivers, and once he realized that he was focusing on what he needed, he could transition to thinking about what this organization needed from their leader, whether it was him or someone else.

Another client who is actually a coach herself said that she felt like she always needed to do more and more training. She didn’t feel like she was good enough, even though I knew her to be a stellar coach.

I asked her about other times in her life when that feeling had come up, and she went right back to a pivotal moment in second grade. This insight helped her to get at what she was looking for from all this training, and what was really driving this need.

We could have easily spent the time discussing which training program she should do or which coaching competencies she wanted to improve. But by coaching the person instead of the problem, we gave her more meaningful information with which to make those kinds of decisions.

Have you ever fallen into the trap of rushing to solve the problem instead of developing the person? What’s happened when you’ve practiced this principle instead?

The Changing Face of Leadership
Next Post: Wrestling with Resting